Table tennis has its own rising stars, and here you can read about one of the brightest ones.
By
Robert Blount

Robert Blount
Research Writer
Robert is a professional journalist who’s also a freelance writer in his free time. He loves science-fiction stories and documentaries about UFO. Robert is also planning to write his own science-fiction novel in the nearest future.

Gary Rodgers
Expert Consultant
Gary has been playing table tennis for as long as he remembers and is a winner of numerous regional and a few international tournaments. In his free time, Gary loves jogging and camping with his wife and two kids.

PingPongAcademy is reader-supported. We may earn a commission through products purchased using links on this page. Learn more about our process here

Dang Qiu has recently risen to fame after beating Dimitrij Ovtcharov, a famous German table tennis player in June of this year. This was a shocking defeat considering that Ovtcharov is a far more experienced player and has been ranked in the top ten players in the world for the last several years. In 2018, he was ranked as the top player in the world. Since Dang Qiu’s triumph over Ovtcharov, the public’s interest in him has risen significantly and people have become fascinated with this intriguing player. In the rest of this article, you’ll learn more about Dang Qiu’s background, how he got started in table tennis, the key to his success, as well as some of his biggest achievements. 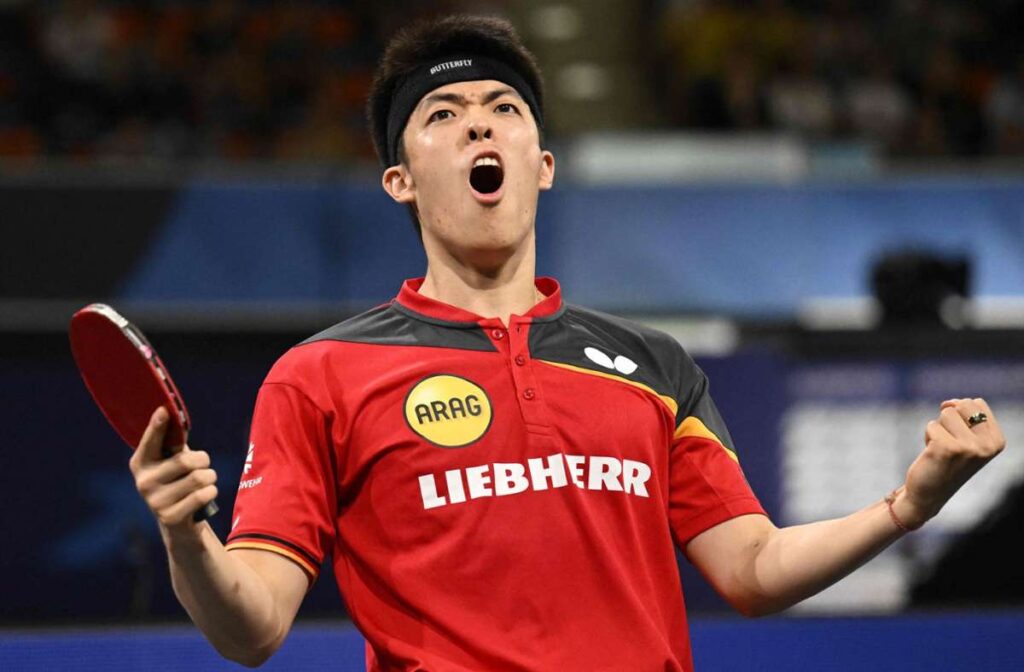 He first became well known in 2017 when he won 2nd place in the European under 21 table tennis championships. Since then he has had a very successful career table tennis career.

Dang Qiu is a German table tennis player of Chinese descent born on October 29, 1996. He is a member of the German national team and has been training at the German Table Tennis Center for five years now. Dang Qiu’s table tennis career started at a very young age, and it makes sense. After all, his parents were both talented table tennis players that once promising young talents in China. After moving to Germany, his parents did their best to get him and his brother involved in the sport from a young age. His first major win Trusted Source Dang Qiu equipment and playing style - PingSunday Dang Qiu is one of the best penholder table tennis players in Europe. pingsunday.com was in 2010 at the European Youth Cadet Championships when he won the bronze medal as an individual player and as a team. After that, his success only continued to grow.

In 2011 he won the gold medal at the German Cadet Championships in both the singles and doubles categories. That same year he won the European Cadet Championship in the doubles and team categories. 2011 was a big year for Dang Qui as it was also his first time competing in a worldwide tournament. Although he did not win that tournament, it was only the beginning of his success and he has continued to play in international competitions ever since then. 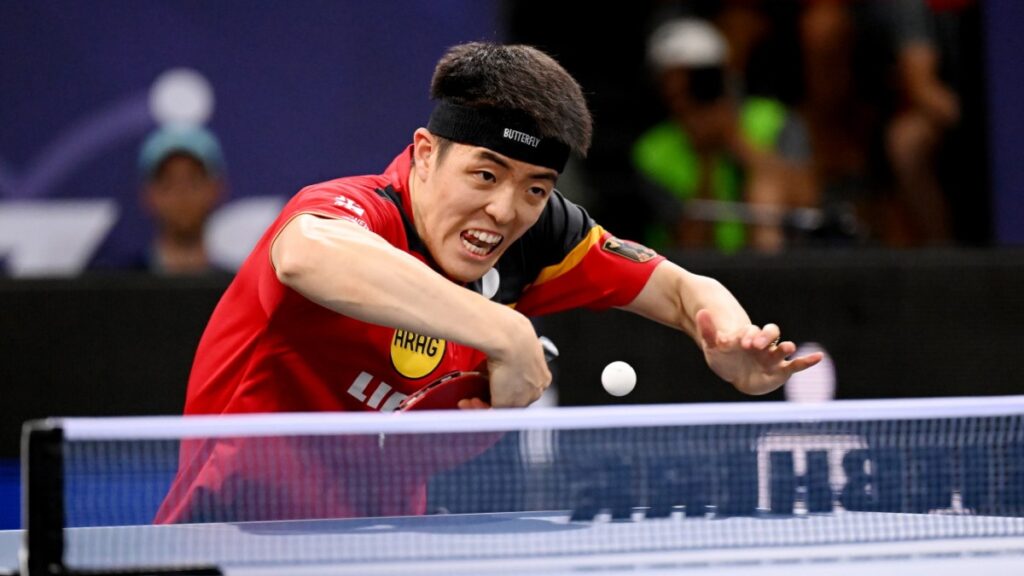 Despite being German-trained, he uses techniques that are distinctly Chinese.

Dang Qiu is known for playing using a modern penholder style, a technique that he modeled off of Wang Hao, a famous Chinese table tennis player. This style is almost exclusively used in Asian countries which is one thing that makes this player stand out so much. The benefits of using this style, where the racket is held with the fingers, much like a pen, instead of being gripped by the handle, are that it allows the player to have more control over the racket. The style allows for a greater range of motion Trusted Source Chinese Penhold Style The Chinese penhold style uses a round racket with a short handle. On the forehand side, the thumb lies against the side of the handle, more or less parallel to it, and the index finger curls partially around the end of the handle. On the back, the middle, ring, and little fingers are bent to the side. www.killerspin.com in the wrist and also allows the player more control over the angle of the paddle.

The downside to this style is that it can be more difficult to play with the backhand, and almost all players that use it exclusively use a forehand stroke. To manage this, they will have very fast footwork that allows them to reposition themselves around the table. No matter what style you use, using a ping pong robot can help you to perfect your strokes as they can give you repetition in a way that no human can. If you’re interested in getting your own table tennis robot, read our article on the best ping pong robots.

Qiu began his training Trusted Source Dang Qiu: A German with Chinese table tennis - sport - News in Germany Alle Artikel sind aus der Originalquelle übersetzt. newsingermany.com with the German Table Tennis Association youth development program and worked his way up through the levels there. He now trains with the German national team at the German Table Tennis Center. Despite training in Germany for his entire life, one of his greatest influences is Wang Hao, a Chinese table tennis player who is also known for using and modernizing the penholder style. He developed a way for the player to hit both forehand and backhand using a penholder grip, something that was previously seen as too difficult.

Qiu’s parents were also a massive influence on his playing style. Before coming to Europe, his parents were talented table tennis players in their home country, China. When Dang Qiu began playing table tennis, he used a classic grip that is more common in Europe. However, after some time, his father encouraged him to switch to a Chinese penholder style, and it stuck, eventually becoming one of the characteristics he is most well-known. 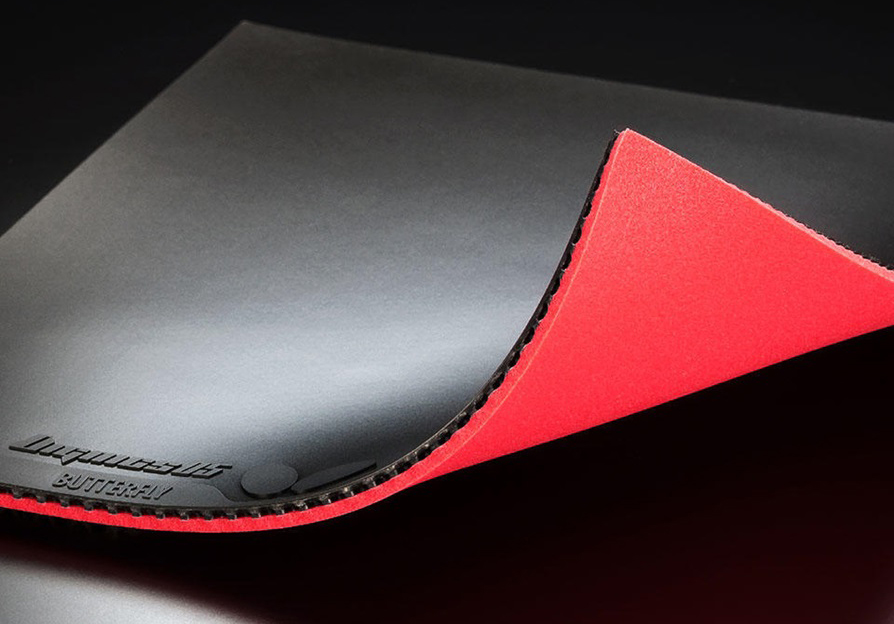 Dang Qiu  is sponsored Trusted Source Dang Qiu (GER) | Sponsoring | Butterfly Global Site: Table Tennis Equipment Dang Qiu (GER) | Introduction of Butterfly players, national teams, clubs and coaches who play in the top of the world. Table tennis equipment brand Butterfly by Tamasu Co., Ltd. since 1950. www.butterfly-global.com  by the table tennis brand Butterfly and he sources the majority of his equipment from them. When competing he uses a custom ALC penholder racket blade. For the padding on the racket, he uses the DIGNICS 09C and the DIGNICS 05. Both are very similar products. However, the DIGNICS 09C is mainly designed for high-level bounce, and the DIGNICS 05 is more made to enhance spin. If you’re interested in learning more about the best ping pong paddles available, read our list here. Qiu does not have a particular model of shoes that he endorses. However, if you’d like to learn more about the best table tennis shoes that you can find read our article.

In his career so far, Dang Qiu has made many great achievements starting in 2017 when he first rose to fame after winning runner-up in the U21 European Singles Championship. Since then, he has won several other competitions, including the 2021 European Doubles Championship, where he competed with one of his teammates. That same year he won second place in the singles division. In 2022, he came back and ended up winning the singles category of the European championships, which further pushed him into the public eye.

Dang Qiu is a talented young German table tennis player whose distinctly Chinese style has helped him to stand out from the competition. He was born to parents that were talented table tennis players in their home country of China. He is known for using the penholder grip, which is typically only seen in Asian countries. This allows him to have greater control over the ball and to hit the ball when it is closer to the table and is key to his domination in the sport of table tennis. He has become even more famous since defeating Dimitrij Ovtcharov, another famous German player, and is expected to head the German table tennis team in the next Olympics.

1.
Dang Qiu equipment and playing style - PingSunday
Dang Qiu is one of the best penholder table tennis players in Europe.
pingsunday.com
2.
Chinese Penhold Style
The Chinese penhold style uses a round racket with a short handle. On the forehand side, the thumb lies against the side of the handle, more or less parallel to it, and the index finger curls partially around the end of the handle. On the back, the middle, ring, and little fingers are bent to the side.
www.killerspin.com
3.
Dang Qiu: A German with Chinese table tennis - sport - News in Germany
Alle Artikel sind aus der Originalquelle übersetzt.
newsingermany.com
4.
Dang Qiu (GER) | Sponsoring | Butterfly Global Site: Table Tennis Equipment
Dang Qiu (GER) | Introduction of Butterfly players, national teams, clubs and coaches who play in the top of the world. Table tennis equipment brand Butterfly by Tamasu Co., Ltd. since 1950.
www.butterfly-global.com