Here's everything you'd like to know about Lin Yun-Ju: his biography, sports achievements, titles, equipment, and playing style. Lin Yun-Ju: Biography, Career, Playing Style and Equipment (Fall 2022) Lin Yun-Ju is currently at the top 8 of the ITTF rankings. Here is everything there is to know about the table tennis superstar.
By
Robert Blount

Robert Blount
Research Writer
Robert is a professional journalist who’s also a freelance writer in his free time. He loves science-fiction stories and documentaries about UFO. Robert is also planning to write his own science-fiction novel in the nearest future.

Gary Rodgers
Expert Consultant
Gary has been playing table tennis for as long as he remembers and is a winner of numerous regional and a few international tournaments. In his free time, Gary loves jogging and camping with his wife and two kids.

PingPongAcademy is reader-supported. We may earn a commission through products purchased using links on this page. Learn more about our process here

Lin Yun-Ju is an up-and-coming table tennis player who is making a big name for himself through his creative play style and his excellent backhand. Known as “The Silent Assassin” due to his unique playing style, he is fast coming up through the ranks of this sport. He is still quite young and has already proven himself in international competition. He continues to improve with every year that he competes, and his unique left-handed play style makes him an ideal partner for doubles. If you love the sport of table tennis, Lin Yun-Ju will be one of your favorite players almost right away due to his very impressive playing style. 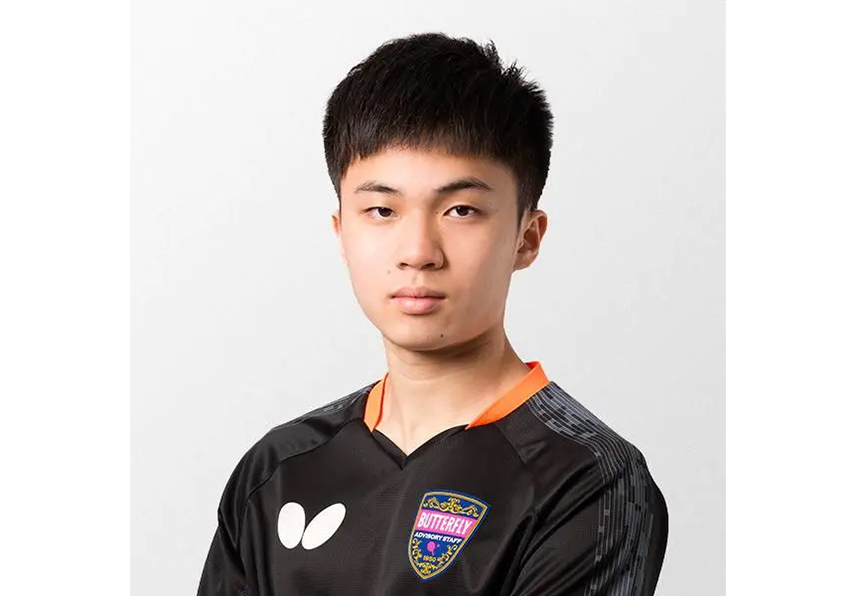 Lin Yun-Ju was born August 17th, 2001. He is a left-handed player who hails from Taiwan. He was born in Yuanshan, which is in Yilan County in Taiwan. He is a graduate of Taipei Municipal Nei-Hu Vocational High School, and he is currently studying at the Fu Jen Catholic University.

Known as “The Silent Assassin”, he is one of the best Chinese Taipei table tennis players. He has been a successful player since he started competing as a teenager. He is currently the only player who has been able to defeat Fan Zhendong and Ma Long.

Lin Yun-Ju is currently 20 years old and 5’7″ tall. He is not dating anyone, and he has no children.

Lin Yun-Ju began competing in International competitions in 2016. He won two major tournaments in a row in 2019 and also a World Tour Title. He has also beaten many top players like Ma Long, Fan Zhendong, Dimitrij Ovtcharov, and Timo Boll.

He was selected to play on the Chinese national team in 2020, and he began competing with the team in 2021. He has played in various WTT competitions since joining the team, and he has made it to various semi-finals and quarter-finals at these competitions. He recently just missed a spot on the Olympic team due to an upset that placed him behind Hugo Calderano.

He placed fourth at the 2020 Tokyo Olympics and just missed a bronze medal by a match. He later defeated the same opponent in a team match, but the team lost their medal chance to Germany later in the competition.

Having competed at the World Championships, as well as numerous World Cup games, Lin Yun-Ju is already well-established as a medal-winner at this level of international competition. His unique play style sometimes is not as successful in single play, but he is always a force to be reckoned with in doubles. He seems to continue to develop his skill and his play tactics, and he will no doubt continue to be a force to be watched in the sport of table tennis.

Often called the Silent Assassin, Lin Yun-Ju is known for being a highly successful left-handed player with a unique and very effective play style. He is sponsored by Butterfly due to his playing style, and he is a very popular and well-known figure in table tennis both at home and abroad.

While he has won mostly bronze medals and been a finalist in many of his competitions, his play style is so unique and so special that is is still a beloved athlete in the table tennis world. He is also quite young, so he will likely continue to develop in his career and become more and more competitive over time.

For those who do not know how to hold a ping pong paddle, Lin Yun-Ju’s playing style can be a great lesson. His backhand flick technique and his topspin control are legendary, and he can create opportunities for angles of attack that most other players cannot access. He also is quick on his feet, which makes it hard for other players to respond to his attacks. His clever and decisive playing style is one of the most unique in the game, and people love to watch him since he does so many unexpected things when he is working through a match.

Lin Yun-Ju has won a bronze medal at the 2020 Tokyo Olympics in mixed doubles, and he played in the Youth Olympic Games in 2018 and received a bronze medal there as well. It can be hoped that he will compete at the 2024 Olympics with his home team.

Net Worth and Income

There is not much information that is available for Lin Yun-Ju’s personal life. He is single, and he has no children.

Lin Yun-ju is one of the most promising up-and-coming table tennis players in the sport. While he does not have as much power to contribute to gameplay as some other players, he is clever with angled shots and his overall strategy. He is capable of beating some of the best in the sport with ease when he sets up his game in the right way.

There is little doubt that this young player will continue to improve and that Lin Yun-ju will end up being one of the most legendary players in the sport of table tennis.